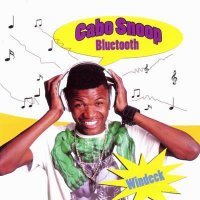 Luanda — Angolan singer Cabo Snoop, pseudonym of Ivo Manuel de Lemos, presented on the 27th of November, at the Independence Square, in Luanda, his first CD entitled "Bluetooth". In a press release, the author (one of the ten finalists of the Top ten music contest, 2010 edition) stated that Bluetooth is the title of the album, due to the way the song "Windeck" was divulged.

The album has 14 tracks a mixture of Kuduro with musical rhythms and was produced by Power House.

The singer counted on the participation of C4 Pedro, Mascarado, Supremo, among other Angolan musicians.

Cabo Snoop thanked also the people for voting for him at MTV Base channel so that he could be chosen as artist of the month of October.